Hungarian Jewry has played a prominent role in religious and secular Zionism since the middle of the 19th century. The life of Budapest-born Herzl Tivadar (aka Theodor Herzl), or the construction of one of the first quarters outside the Old City of Jerusalem, “Batei Ungarin,” indicates the close connection of the Hungarian Jewish communities with Eretz Israel.

Extensive political relations between the two countries have reached a new level by joint action against global challenges of recent years. Both Hungary and Israel prioritize the issues of identity, security and national sovereignty, as well as the two countries similarly assessing the main issues in Europe and the world. In order to deepen the economic and political cooperation between Hungary and Israel, in 2019 we opened a trade office in Jerusalem, the only European representation with diplomatic status, as part of the Embassy in Tel-Aviv. Hungary considers Israel to play one of the most important roles for maintaining stability in the Middle East. As conflicts in the region also pose a direct threat to Europe in the form of illegal migration and terrorism, we believe that supporting Israel is also essential for our own security. For the same reason, we support the US administration’s “Vision for Peace” peace plan. The plan provides a realistic chance of finally bringing peace, security and development to the Middle East. This is also indicated by the normalization process that took place in 2020 between Israel, the United Arab Emirates, Bahrain, Sudan and Morocco. Nothing shows Hungary's support better than the fact that only Hungary took part on a ministerial level among European countries at the signing ceremony of the peace agreement in Washington.

Our close intergovernmental and political cooperation based on common values ​​and mutual interests are also reflected by the number of high-level meetings. Presidential, prime ministerial and government visits are regular, and the close ties are indicated by the fact that the Hungarian and Israeli prime ministers met four times since 2017. In 2020, after the formation of the new Israeli government, the Hungarian foreign minister was among the first people who visited Jerusalem.

In recent years, we have consistently advocated a balanced approach towards Israel in various international fora. Among other things, Hungary does not recognize the jurisdiction of the International Criminal Court in Israel, nor does it support the Court's investigation against Israel. We are calling for greater transparency with regards to EU-funded NGOs: our aim is to prevent European taxpayers' money from reaching organizations linked to terrorism that are calling for a boycott of Israel. Hungary does not support any measure that could be interpreted as a sanction or boycott against Israel. Accordingly, we do not apply EU labeling rules for products coming from outside Israel’s internationally recognized borders. In addition, Hungary does not support politically motivated anti-Israel resolutions, submitted to the UN or its bodies.

Besides our bilateral relations, the Visegrád formation is a good platform for coordinating our efforts. With the first summit established during the Hungarian V4 presidency in 2017, we launched the political, security and economic (innovation) cooperation between the Visegrád countries and Israel. Such sub-regional relations are of particular value to Israel, as they can rekindle the development of the wider EU relationship that has been stagnant due to political reasons.

The fact that the largest Jewish community in Central Europe lives in Hungary plays a key role in the relationship between Hungary and Israel. We also give priority to our relations with the Hungarian-born diaspora of nearly 300,000 people living in Israel. The Government pays special attention to dialogue with Judaism, to the joint processing of our historical past, and to the preservation of Jewish culture and identity. Prime Minister Viktor Orbán made it clear that we can never again commit the crime committed during World War II. 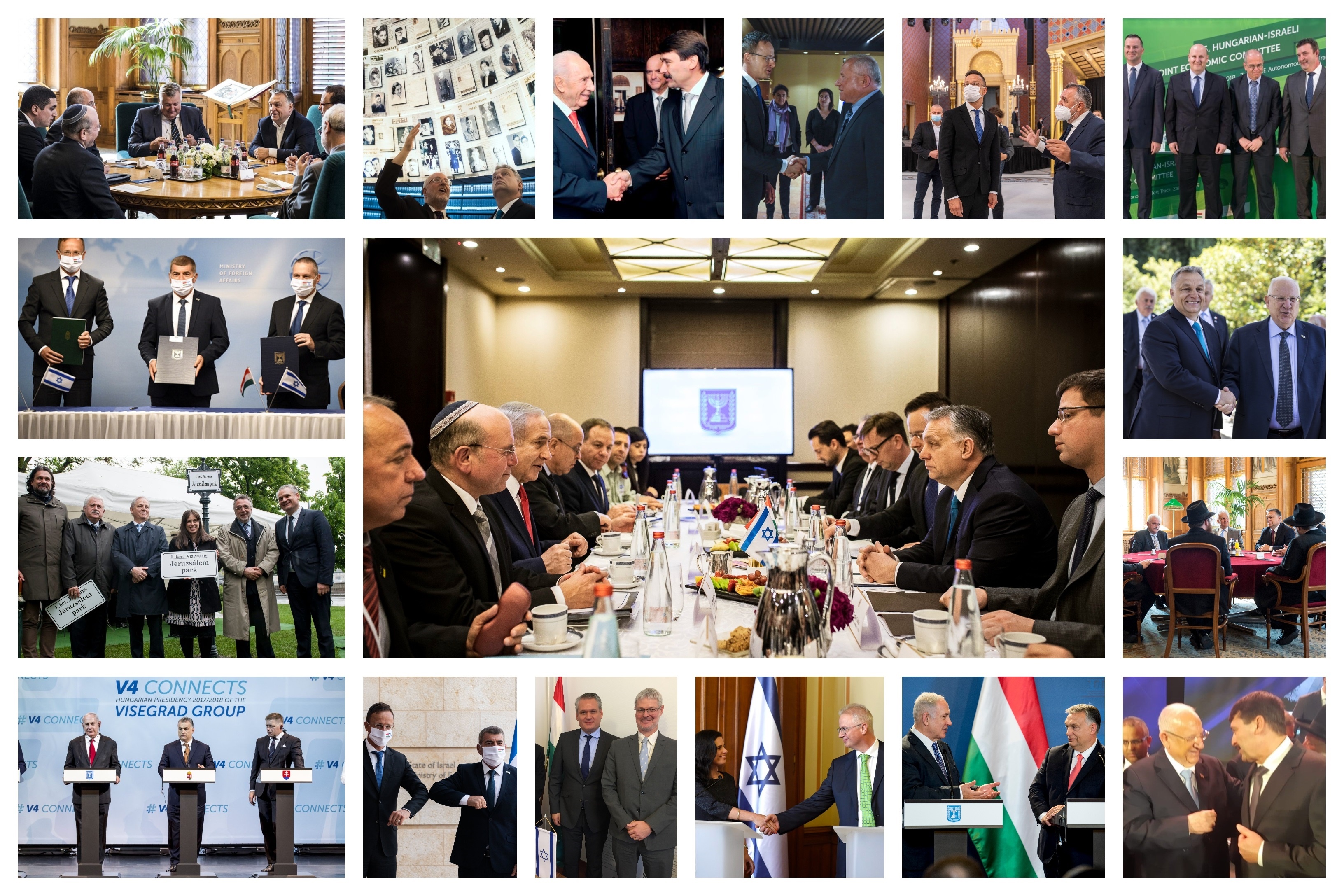